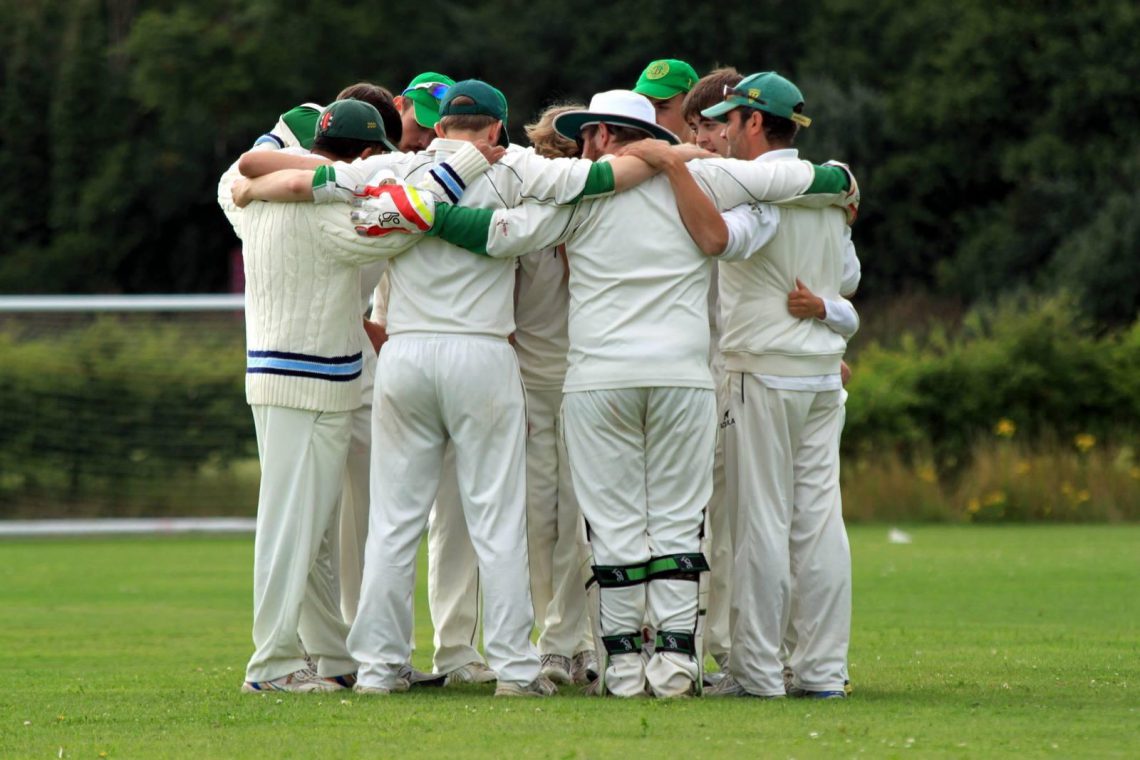 It’s become unusual for West Norfolk to triumph with so much ease over recent years, so this performance was a throwback to the glory days of the Hammond years well over 25 years ago!
With a gaggle of the team at the ground before 6pm start, the captain took the bold decision that a full team would arrive and decided to field, backing his batsman to chase down a score at the picturesque ground.
Word had arrived that speedster Tom Courtauld was on his way but had mechanical trouble, so the skipper opened with Jonathan Walpole down the hill and the new publican Marcus Seaman from the other.
In a fine opening display, Walpole rolled back the years as he raged down the hill, Bob Willis like to take the early wicket of Catchpole.
The Nocturnes danger man Jimmy Lewis remained at the crease, but the introduction of Graham Mackintosh’s crafty off spin, and with James Holden cleverly disguised at deep mid wicket, a trap was set for the unsuspecting Lewis.
He fell for it straight away with a hefty blow heading towards the deep mid wicket boundary, Holden emerged from the collection of opposition batsman and scourers to hold a fine catch on the boundary edge. The fall of Lewis brought another for G Mac quickly after as West Norfolk started to get on top.
Garner claimed a rare LBW as he trapped the dangerous Usain, before he gave way to the medium pace of Will Beeson. By this time Courtauld had remedied his mechanical difficulties and was on the field, but the fiery paceman said that he would rather rest his knees than charge down the hill Willis-like as Walpole had before him.
So replacing Mackintosh was Holden’s left arm round arm, which his wicket keeping son described as drivel, nevertheless he bowled two tidy overs. At the other end Beeson, was finding some rhythm and claimed a wicket in each of his first two overs.
Emboldened by Beesons’s early overs the captain gave him one more, which was one too many as his line and length deserted him in his final over. Even so, it was a fine early display, although the skipper was not alone in wishing to hear how the medium paced, all rounder shaped up the next day.
The steady fall of wickets had stopped The Nocturnes from scoring heavily. Holden’s  left arm spring gave way to Mark Lapping’s canny leg spin, as Warne like he cast his spell with a careful crafted mixture of full tosses and long hops, but it was nevertheless a mean spell at the death.
George Craig’s medium pacers replaced Beeson’s from the other end and he too bowled a steady spell that left The Nocturnes seven down after their fill of 20 overs with a 132 the target set for West Norfolk.
John Everall and Craig opened up for a West Norfolk side with plenty of batting. A steady start negotiated the fiery opening spells of Lewis and Wright, before Everall pulled a hamstring and was forced to retire for a tidy 20. It was just the start West Norfolk needed.
By this time Craig was in full swing and he soon made his way to 33 and enforced retirement, bringing Holden to the crease. His arrival saw some true 20/20 shot making with his first three balls all met with the reverse sweep, before he showed his full repertoire of sweeps, by playing the orthodox sweep at the next three he faced!
West Norfolk were now in full cry with boundaries coming thick and fast. Garner retired on 32, leaving Beeson to guide Holden home, managing to get off the mark with a fine single.
One couldn’t help feel that the crowd would have loved to see how the big hitting burly  Lapping would have dealt with the trees at the boundaries edge at the far end and the enticing cleavage that required parting for a maximum! As that thought crossed their minds, the pub beckoned and thoughts quickly moved to refreshment.
Match Stats:
The Nocturnes 132 for 6 in 20 overs
Mackintosh 3 overs, 16 runs for 2 wkts
Walpole 3 overs, 8 for 1
Beeson 3 overs, 24 for 2
West Norfolk 135 for 0 in 20 overs
Craig – retired 33
Garner – retired 32
Holden not out 33
For Gurney – player score
Courtauld – 7 for enthusiastic fielding and selfless decision to protect his knees and West Norfolk’s hitherto fine bowling display
CategoryMatch Reports