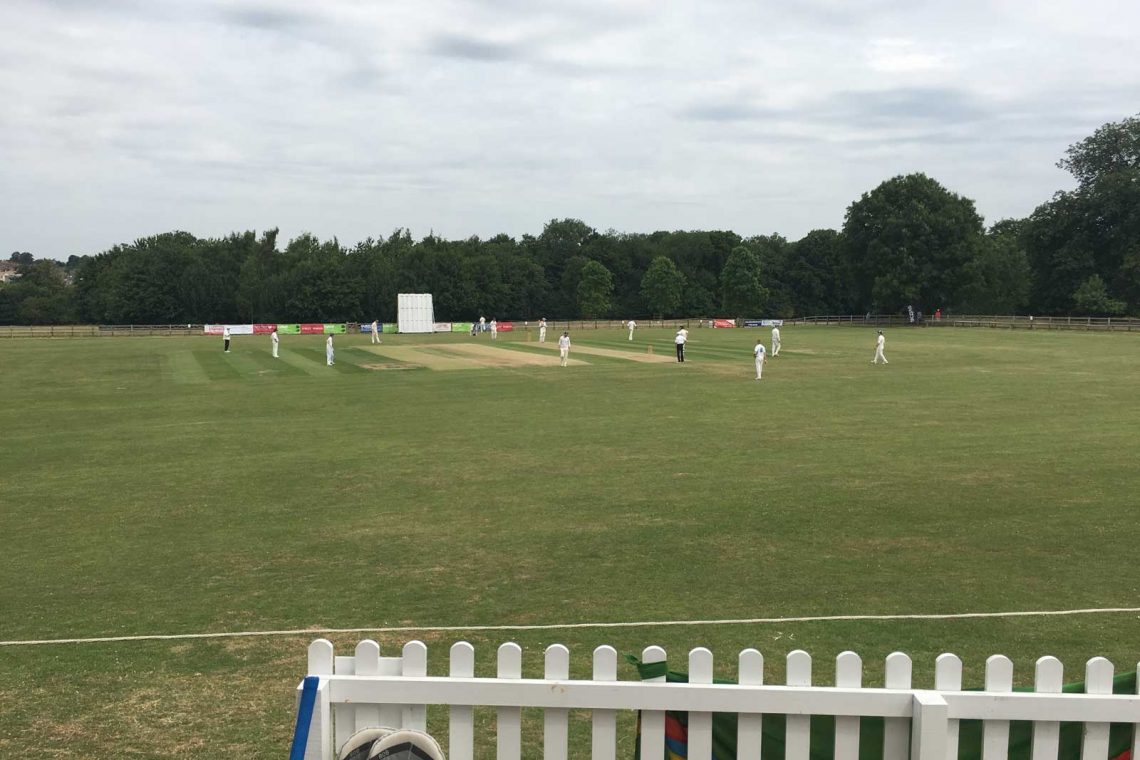 Burghley Park then went at it, building their innings around an excellent young Aussie. He was unlucky to be given out LBW (Dom Crame was having none of the “too high” nonsense) but the luck then went Burghley Park way.  Apart from a steepling catch expertly and surprisingly  held by the author, and  JK leaping like an ocean fresh sea trout taking catches off his own bowling,  as the overs went by the ball fell short, to the left, to the right, or just over the fielders , none going to hand, but slowly chipping away at the BPCC wickets. Both sides going for the win.

Edward Stanton bowled excellently at the death (Ed I will remember next year!) bringing the match down to 4 required off the  over, with BPCC last pairing at the crease.  BPCC wacked a four and took the win but honours shared.

As ever the hospitality was faultless, ground and setting perfect, cricket of a good standard and weather as ordered.   NB for next year..the team list was oversubscribed in early May which is unheard of,  and I have now found opposition to play a double header. Thanks to Burghley Park CC and to the team, It was an excellent match.